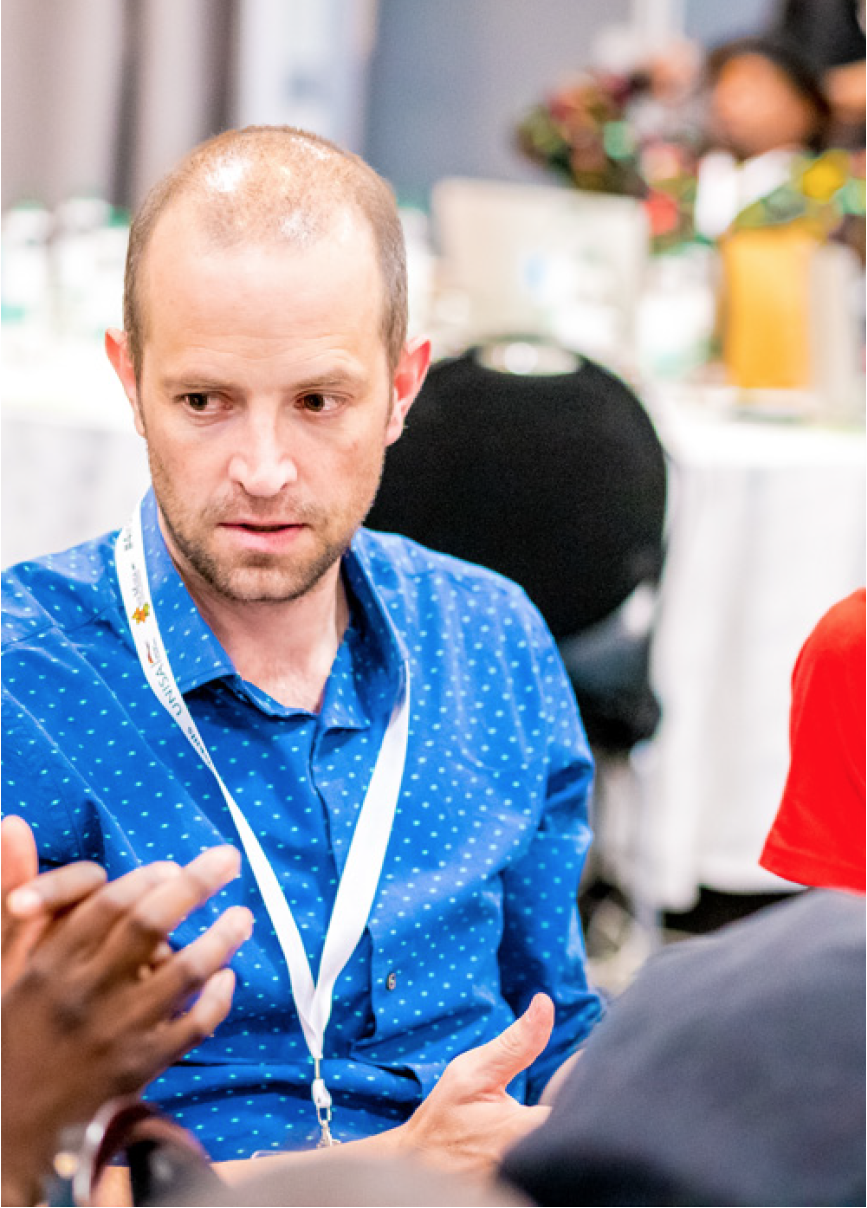 28 Jul NEMISA STAFF JOIN IN ON THE HACKATHON FUN

From crunching numbers for a living as an accountant to spending two sleepless nights sifting through data as part of a Data Hackathon, Kimberly Matlosa has described her first Hackathon experience as “amazing”. Matlosa who is NEMISA’s finance head, traded her “calculator” for a laptop full of datasets assisting teams of data hackers during the institutions 4IR Data Science Hackathon which was part of the Digital Skills Sumit convened at Birchwood Hotel early this month. She went above the call of duty not leaving the hackathon venue for two days joining the enthusiastic young team of hackers dubbed “The Futuristic Kids”. Like most who have never been part of a hackathon, she had misconception of what a hackathon is; however as the hacking begun, she says everything was demystified. She said that on day one of the 4IR Digital Skills Summit after the stimulating presentations and engagements, she had an interest in joining the hackathon.

“I had no team and wasn’t sure what I would do as I had the misconception stated above, I met-up with group of young people at the gala dinner and ask if I could participate at the hackathon with the team. However, I still had mixed feelings. On the second day after Prof Christiaan Addendorff inspiring keynote speech, I decided that I had to be part of the movement,” Matlosa said. She said that what was interesting about her team was that no one knew each other and only one person in the team had been part of a hackathon event before. “We were all clueless. The Futurist Kids called me their mentor; however, I had learnt so much from them. The role I played was to bring the team together and spark their creative juices. The team had only one laptop, this was a serious challenge in terms of the work that was required, there was no way that I could leave. The atmosphere was so electric and supportive. At the end of the night we managed to source two additional loan laptops, from the team from St John’s College in the Eastern Cape and one from our board members Ms Bongekile Filana, who also stay with us throughout the night,” she said. She said that even though at time the team members got frustrated with each other, they managed such frustrations and broke into laughter and dance. She added that she learnt in the hackathon that one does not have to invent something but rather have to give an alternative approach to solve the real world problems in an innovative way keeping in mind the basics requirements of the user who is going to use it. “The bond we created at the hackathon was authentic that we even have a WhatsApp group to remain in touch and become a powerful 4IR army. It was interesting that one of the teams used NEMISA datasets and manage to pick up challenges faced at NEMISA in terms of the staffs digital skills , the team ran out of time and could not present their solutions , which would have been interesting to hear. It was encouraging that all the teams presented solution which would help our country without seeking ideas elsewhere, solving problems with technology from a South African perspective,” Matlosa said.