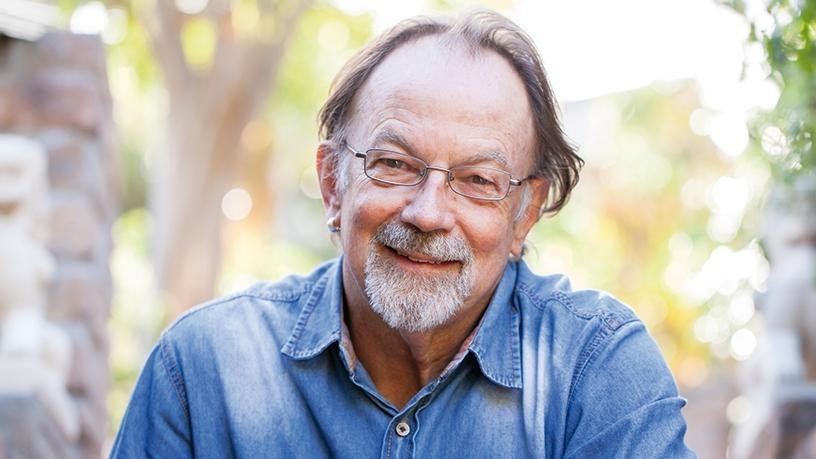 Dr Charley Lewis shortlists some of the key developments that are lying in wait down the 2020 road.

As policymakers, regulators, service providers and their customers return to work, what lies beyond the flurry of end-of-year 2019 retrospectives? What are some of the key developments lying in wait down the 2020 road that we need to anticipate and prepare for?

Here is my shortlist of some likely key developments in the sector.

It’s not called high-demand spectrum for nothing: operators have been thirsting for access to new spectrum through a nigh 10-year drought, since 2011.

The coming year will almost certainly see SA’s first ever spectrum auction. At the end of January, ICASA will move to finalise its plans to offer bidders nearly 450MHz of spectrum spread across five different IMT bands. Around five of the lots on offer (a final configuration is yet to be determined) appear to be options earmarked for mobile operators. This includes 120MHz in the 700MHz and 800MHz bands, which are currently still occupied by the much-delayed digital migration. There are a further 16 lots earmarked for auction in the 2.3GHz and 3.5GHz (a key mid-range 5G spectrum band) bands.

It is likely that the final process – including the critical determination of the breakdown of the lots – will be finalised, and the formal invitation to apply (ITA)issued by mid-year. Barring court interdicts and conflicts with Stella Ndabeni-Abrahams, the current minister of Communications, Telecommunications and Postal Services, the process could well be concluded by the end of 2020.

Questions, however, still remain as to whether or not the process will be successful.

There may well be contestation over the final breakdown of the lots: ICASA has floated five different configurations, not all of them equally attractive, while it looks for stakeholder feedback, and Telkom has already expressed itself vociferously on the small size (10MHz, some even smaller) of the lots in the 3.5GHz band. And the imposition of universal access and service requirements, and MVNO support, together with the mandatory but unworkable “offtake” purchase of 30% of the WOAN’s bandwidth, will combine to raise the cost of deployment, and thus to reduce auction revenue.

Parliament is thus likely to be a busy place this year. There are also scores of vacancies to be filled on various boards and councils.

Of greater concern, however, is the question of whether or not SA’s market can sustain a spectrum auction under current conditions. The dominant duo of Vodacom and MTN clearly can’t afford not to bid, despite the downward pressure on their data services margins (see below). But both Telkom and Cell C are financially constrained – the latter severely so, and hence unlikely to be spectrum bidders. While the reserve prices are yet to be set, it is nevertheless unclear which current providers or potential new entrants will have pockets deep enough to vie for the lots on offer (up to 20 of them).

ICASA, therefore, faces the prospect of a failed spectrum auction, where the lots on offer outnumber the prospective bidders.

2. No more waiting for the WOAN

2020’s spectrum auction will run in parallel with – and be complicated by – the process to award a licence to the controversial wireless open-access network (WOAN) service provider.

It’s a licence that has been the subject of much controversy since it was first mooted by ICASA back in 2011 (as part of the first abortive high-demand spectrum ITA), before it formally surfaced as a key pillar of SA Connect in 2013 and as a centrepiece of the 2016 white paper. Shorn of the proposed but ill-fated enabling amendments to the ECA, the WOAN now appears to be a rather more viable proposition under the existing legal framework.

While a number of consortia are rumoured to be eyeing the WOAN, potential bidders need to make careful calculations. It is certainly a licence with a number of competitive advantages: its associated spectrum comes at bargain basement price; it is unencumbered by universal service obligations of its own; and it offers a potentially lucrative guaranteed income stream in the form of the 30% offtake requirement attached to the other high-demand spectrum licences (see above).

However, it will be awarded via a ‘beauty contest’, making bidding success less than certain – and opening the way for litigation from failed bidders, à la Cell C in 2001. And the consortium requirements – with limitations on foreign participation and an extensive menu of set-asides (for historically-disadvantaged groups, SMEs, women, youth, persons with disabilities) – are reminiscent of those that helped to cripple the ill-fated USALs (under-serviced area licensees).

Further, potential bidders will likely have to choose between either bidding for the WOAN licence or for high-demand spectrum, or they will have to undergo functional separation, should they win under both ITAs. Further, the licence envisaged for the WOAN precludes the winner from offering retail services to end-users, constraining service diversification for the winning bidder.

The interplay between the two processes is, therefore, likely to be complex, both for ICASA and for those contemplating the bidding field. But the timelines are likely to be similar, meaning the new WOAN licence could well be awarded before the end of 2020.

The fallout from the two major market inquiries of 2019 is likely to have a major impact for both consumers and operators in the early part of 2020. The findings and recommendations of the Competition Commission’s data services market inquiry are likely to see a strong push-back from the service providers. Litigation has already been threatened, but is unlikely in respect of the findings per se. More likely will be a series of hard-fought bargaining skirmishes between the commission and the operators over how the recommendations are implemented. As with the 2018 data rollover and out-of-bundle regulations, consumers can, unfortunately, expect a long wait before they enjoy access to lifeline data, zero-rated content and non-tiered bundle pricing.

ICASA’s far less high-profile inquiry into the mobile broadband market under Chapter 10 of the ECA may well have some way to run, but is likely to see pro-competitive regulatory strictures imposed on the operators by the end of the year. Indeed, ICASA is already floating the imposition of accounting separation in order to address ineffective competition in respect of the site access and roaming market segments.

Together, these two market inquiries will put the financial bottom lines and profit margins of the operators under pressure across the board, not only for the dominant duo, since the smaller providers can’t afford not to follow suit when others cut their prices. While consumers stand to benefit, the ability of operators to finance the purchase of high-demand spectrum is likely to be squeezed (see above). In addition, the trend of spinning off mobile towers to third-party providers is likely to continue.

Since its high-profile launch in early 2019, the Presidential 4IR Commission has kept well below the radar – despite the fact that the country’s seemingly less than critical embrace of the so-called fourth industrial revolution has been under critical fire from a number of quarters. The commission’s six ‘work streams’ (current jargon for sub-committees) have seemingly eschewed public consultation and stakeholder participation in the preparation of their draft report to the President, apparently handed over in late 2019.

The final report is likely to surface for public scrutiny – and, hopefully, for stakeholder comment and feedback – towards the middle of the year, its content wide open for speculation.

The minister’s institutional redesigned Christmas gifts are likely give ICASA, ZaDNA and the Film and Publications Board (FPB) much to talk about, as 2020 ushers in considerable uncertainty on the structure of regulation front.

While the white paper’s plan to dismember ICASA’s content regulation functions from ICT economic regulation – and hence to hamstring its Chapter 9 independence – were always likely to be abandoned once the two departments were reunited, and under pressure of sector convergence, the minister’s late December announcement caught most by surprise.

It is not a reconfiguration without strong rationales, but the government’s claimed formal review of the various entities within its portfolio is yet to see the light of day, and there has yet to be any formal stakeholder consultation around changes to Chapter 13 of the 2016 white paper. And, indeed, the necessary legislation to give effect to these institutional reconfigurations is also yet to see the light of day.

The proposed changes are likely to take longer than the current year. But it will be important to ensure ICASA is able to proceed with licensing high-demand spectrum and the WOAN, and with its mobile broadband services market inquiry, without having to look over its shoulder in fear of institutional disruption.

The minister also moved to address the ongoing crisis at USAASA, which has been without a board since 2018, and without a duly-appointed CEO since mid-2019, and SITA, which saw the departure of its long-serving CEO in early 2019.

Both entities have been mired in allegations of corruption and abject failure to deliver for many years. And USAASA was, in any event, scheduled for closure under the white paper. Decisive intervention to address the ongoing problems at both institutions is, therefore, highly welcome.

There are, however, some legal difficulties, making direct intervention less than easy, since the governance and management structures of both entities are specified in legislation, with which any intervention will surely need to comply.

Underpinning much that is likely to unfold during the course of 2020 is a market that is in difficult circumstances. The mobile licensees are under considerable pressure to reinvent themselves as more than dumb data pipes – as their voice revenue shrinks and the market shifts to high-bandwidth broadband data demand increasingly delivered by fibre providers, and faced with the as-yet-uncertain options for the much-hyped 5G.

The margins of the service providers are increasingly under pressure, with the competition authorities and regulators moving to reduce data prices and advance consumer interests. Both Telkom and Cell C are financially constrained, the latter desperately so. Roaming deals abound. MTN continues to find itself on the receiving end of litigation and regulatory sanction in its international markets. Market upstarts like Rain and Liquid are looking to make their presence felt.

It is a market ripe for consolidation or external acquisition, and one that is likely to see some shake-up in the course of 2020.

8. From inaction to enaction

Things have been quiet on the legislative front in 2019, following the abortive end to the ECA Amendment Bill, withdrawn on a technicality at the end of 2018.

But much of the legislation promised by the white paper may finally make its entrance in the course of 2020. This is likely to include Bills to dissolve USAASA and replace the current Universal Service Fund with the promised Digital Development Fund, as well as to reconfigure ICASA and other regulatory structures, and to ‘rationalise’ the various state-owned entities.

Parliament is thus likely to be a busy place this year. There are also scores of vacancies to be filled on various boards and councils, from NEMISA to ICASA.

The above are some of the major issues likely, in my view, to impact the ICT sector and its development during the course of 2020.

There are, of course, many other issues whose outcomes also await. These include: Cell C’s ongoing efforts to save itself; MTN’s tangles with the Taliban; the endless disappointment of the digital migration; the long-delayed (15 years and counting, folks!) rapid deployment guidelines; and updates to the NDP (National Development Plan).

Please feel free to add issues and developments that I have missed in the comments section below, or to tell me why my take is wrong.